Your browser is unsupported and may have security vulnerabilities! Upgrade to a newer browser to experience this site in all it's glory.
Skip to main content

Our school is named after St Vincent de Paul

Can you imagine being captured by pirates, and then taken into slavery? That’s just what happened to St. Vincent de Paul.

Vincent was born in Ranquine, France, the son of a peasant farmer. He was able to study and become a priest in 1600. He was travelling by sea when Barbary pirates captured him; he survived two hard years as a slave, but escaped to Rome and later, Paris. It was there that he met Cardinal Pierre de Berulle, who influenced Vincent to devote his life to charitable works.

He established organisations of men and women to provide aid to the poor and sick. He depended on the donations of the wealthy, who made it possible for him to found hospitals and an orphanage.

In 1625, in Paris, Vincent founded the Congregation of the Missions, called the Lazarites or Vincentians, a society of priests charged with missionary efforts, the training of clergy, and preaching among the country people. In 1633, with St. Louise de Marillac (f.d. April 28), he founded the Sisters of Charity, the first congregation of women to care for the sick and poor outside of the convent. During Vincent’s life, the Vincentians increased in number and spread across the world. 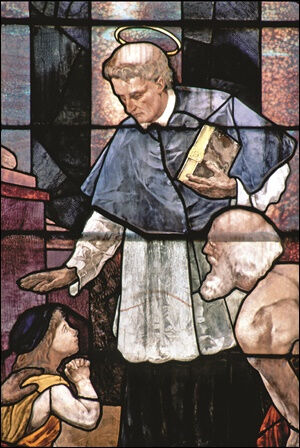 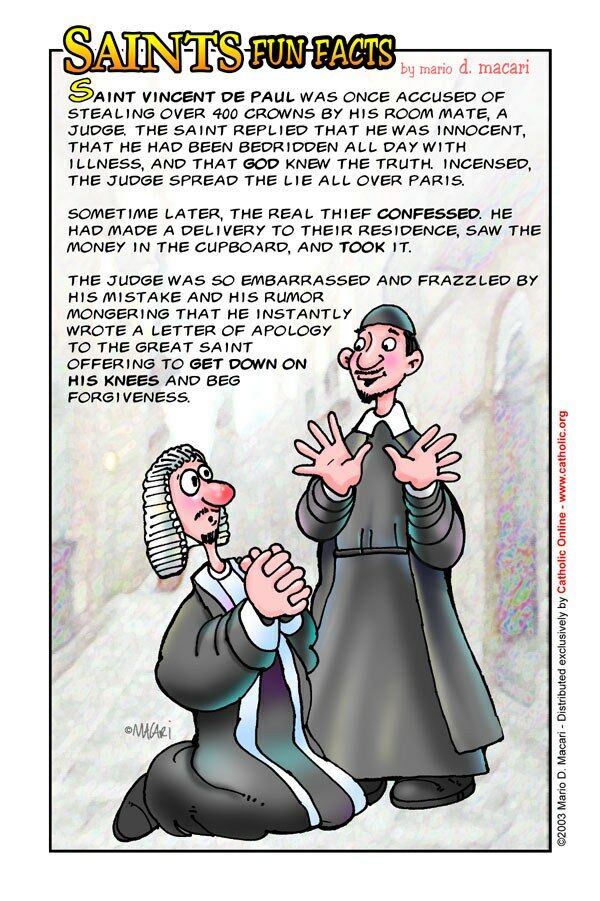